A Vineyard is born

After several years of searching from Mendocino County to Lodi, we decided to establish Il Mio Vigneto in Lodi, California. Reason was, the Mediteran Climate of warm days and cool night which would ripen a majority of grape varieties. 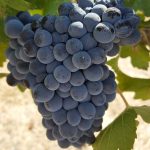 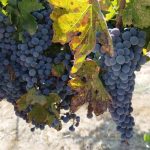 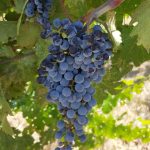 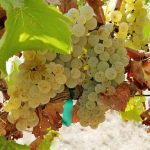 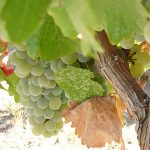 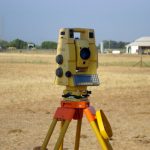 Setting up for the survey.

Il Mio Vigneto is located in the newly designated Clements Hills AVA in Lodi California. The Clements Hills AVA was cut out based on the soil types and climate which made more sense than being derived politically. The vineyard elevation is at 100 feet, with the lands to the east of us rising gradually to 400 feet. The topography also lends to cool summer breezes off the San Francisco Bay delta which gives us about a 30 to 40 degree diurnal temperature swing. This swing between day and night temperatures allows the grapes to retain good acid levels while gracefully maturing. 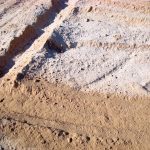 After grading, lime is spread over field before slip plowing.

We have three different soils derived from granite and tufa at our vineyard site. Even though these soils are derived from the same parent material they developed differently over time. The soils are Cometa, Montpellier and Rocklin. All three soils are very well drained to the undulating hardpan and of very low fertility. 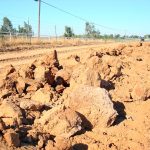 The field after slip plowing.

To take advantage what mother nature offered to our site we first delineated the soil boundaries using digitized USGS soil maps, soil borings and natural vegetation growth patterns.  All this information was brought into AutoCAD along with a topographic survey to get the complete picture.

From the growth patterns of the vegetation and topographic survey along with the soil borings we realized we had not only a surface drainage problem but due to the undulating hardpan lying 40 to 60 inches below the surface a potential for a perched water table. To remedy this we had to grade for good surface drainage and breakup the hardpan.  The duripan was about 4 inches thick and consisted of either of cemented sand or slightly cemented sand. Under the duripan was almost 80 feet of reddish brown coarse sand to the parent rock, according to the well driller log.

The soil was first graded to correct drainage then 57 tons of lime was spread out to help adjust the chemical imbalance. After the initial prep was completed the site was then slipped plowed three ways down to seven feet to break up the duripan and mix in the lime.

Once all the prep was done, the vineyard was broken up into blocks based on the soil boundaries and then further broken up into sub blocks ranging around two acres per block. This was done for various reasons one of them being able to grow the same variety on different soils to get different flavor profiles. 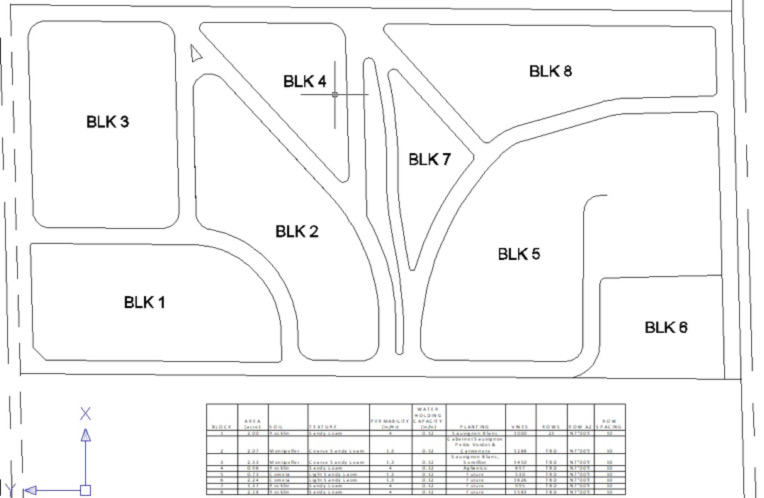 Once the blocks were laid out we brought in a vineyard consultant to determine the rootstock, row and vine spacing which was based on the variety and soil type.

I believe row orientation is critical in balancing out the amount of energy the vines receive on both sides. The standard trend is to follow contours or property lines. The Lodi region is a warmer then the coastal AVA, zoned Region III / IV per Winkler’s studies. This warmer region can be a curse or a blessing depending how much studying is done to determine clone, rootstock, trellis type, cordon height, vine spacing, row spacing and last but not least, row orientation. Using several solar observations during the growing season we determined that slight NE / SW row orientation would give equal energy to both sides of the vines while protecting the fruit from the hottest part of the day.

The trellis systems used will depend on the grape variety and soil type.

For our first block of Sauvignon Blanc Grapes planted in Rocklin Soils the vineyard consultant choose a 7’ by 10’ vine / row spacing with the cordon height set at 60” and two catch wire 12 inches above it for a “modified California sprawl” canopy. This will take advantage of this varieties vigor while adding protection to the fruit zone.

To help the vines grow, we dug the hole about 200% larger in diameter than needed and about 50% deeper. We then added some slow release plant food to the bottom of the hole, then added soil back for the plants to be planted at the correct height.

In 2012, wines made at Pat Paulsen Vineyards from our Clone 530 won one of two gold medals at the 2013 SF International Wine Competition.

To see more images of the vineyard in its beginning stages, visit our image gallery.